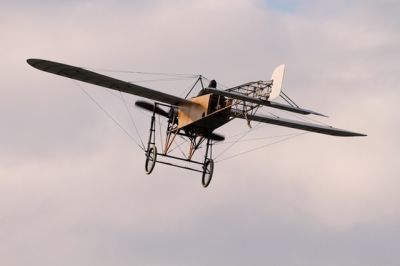 Up, Up And Away

Flying was just a dream a little over a hundred years ago. Now we can fly all over the world. All you need is a plane ticket.

In April of 1867 Wilber Wright was born and a few short years later, in August of 1871, Orville was born. At a young age the boys were breaking the mold and starting their own businesses. In 1889 they started their own newspaper called the West Side News. Wilber would edit the paper and Orville was the publisher. They also shared a passion for bicycles, which at the time were fairly new and everyone wanted one. So they decided to open a bicycle shop where they would fix and sell bicycles of their own design.

When the brothers were very young they were gifted a model helicopter from their father. This is where their love of aeronautics and flying began. The brothers closely followed Otto Lilienthal who was a German aviator. When Lilienthal died in a glider crash the Wright brothers decided they wanted to start experimenting with flight.

From this point on, it was a lot of trial and error. However in 1903 the Wright brothers, who were only in their 30s, successfully made their first plane that flew for 59 seconds and went 852 feet. Most people were doubtful of their claim, so Wilbur decided to go to Europe. This is where their fame began. They started to sell their planes in Europe, and eventually came back to the United States to try to sell their planes.

When they returned to the U.S. the brothers had successfully designed a military flyer; all they needed was a customer. The U.S. Army, which had already been developing an aeronautical program, bought a plane in 1909 and it was in use until 1911. From this point forward the plane changed how the military would face enemies forever.

From the first plane the military ever purchased to planes now, the design and technology have changed drastically. Many people that go to the Smithsonian National Air and Space Museum find it amazing how the first planes were built. The Wright brothers used fabric for the wings and a wooden frames for the wings and body. Now we see military planes and they are made from titanium and aluminum. It’s amazing to see how planes have changed throughout history and all the iconic people who have helped the plane become what it is today.

We have seen how the Wright brothers' dream became a reality. Now it’s your chance to give back to veterans who have help protect our country throughout history. If you have a vehicle such as a boat, truck, car or even ATV that you no longer need, you can donate it to Vehicles For Veterans. We are a car donation organization benefiting disabled veterans and their families. Donating is simple! All you need to do is call us at 1-855-811-4838 or fill out our online donation form. If you fill out our online donation form, you will receive a call to arrange the best time to pick up your vehicle.

Helping a veteran in need is just a call, or click away!