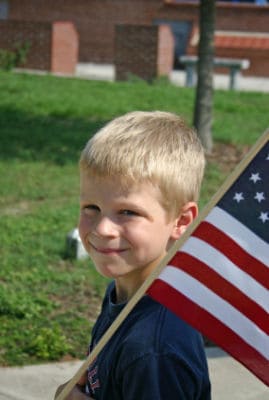 The first ever airplane flew in 1903, but it wasn't until several years later that the Army began using aircraft as part of its defense. As the world of aviation evolved over the decades, the military's air defenses changed and grew too. It wasn't until after WWII that the Army's Air Force division became its own entity. On Sept. 18. 1947, the U.S. Airforce was officially created as an independent branch of the military. This year the Air Force celebrates its 69th birthday.

Celebrate With These 6 Facts About The Air Force

The air force has played an important role in our history since its inception. It may be the youngest branch, but it still has plenty of stories. Here are a few things you may now have known about the Air Force and those who have served in it.

Celebrate By Donating Your Car

A great way for you to help veterans of the Air Force and all other branches of the military is to donate a car to Vehicles For Veterans. Not only do you help veterans with your car donation, you also receive free towing from anywhere and a great tax deduction. Donate your car on the Air Force Birthday by calling 1-855-811-4838 or filling out an online car donation form.