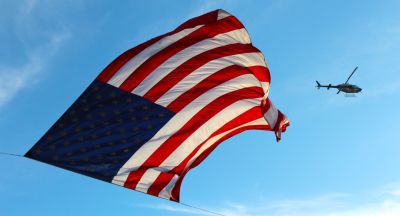 Military Women Who Made A Difference

It wasn’t that long ago that women were not allowed to serve in the military. Some of their first duties serving were as nurses or helping with clerical duties. Here are three women that had many astonishing accomplishments and helped pave the way for women in the military.

Second Lieutenant Elsie S. Ott: In 1943 Ott became the first woman to receive the Air Medal. She was only given a 24 hour notice that she needed to prepare the plane to help evacuate the sick and injured. The only medical equipment that she had was as good as today’s first aid kit. She made notes of things that got in the way, and things she needed on the plane to make the air evacuation run more smoothly. After she received the Air Metal on March 26, 1943, General Davis N. Grant started the first ever training program for flight nurses at Bowman Air Field in Kentucky.

Chief Petty Officer Loretta Walsh: Walsh was the first woman to enlist in the U.S. Navy on March 17, 1917 and the first woman to reach the rank of chief petty officer. When the opportunity was presented for her to serve in the Navy in a non-nursing capacity, she did not hesitate to enlist. She was sworn in as Chief Yeoman. The Navy became the first branch of the U.S. armed forces to allow women to enlist in the non-nursing capacity. These women were sworn in as yeoman (F), and their duties ranged from clerical work and recruiting to production jobs in ammunition factories as well as design work, drafting translating and many other duties. Walsh paved the way for women in the Navy and now there are over 62,000 women serving in the Navy.

After reading all the amazing things that these women veterans achieved, you have a chance to give back and help veterans like them. If you have a vehicle that you no longer use or need, you can donate it to Vehicles For Veterans. We are a car donation program that helps disabled veterans and their families.  Our donation process is fast and easy, making you never want to go through the hassle of selling another vehicle again. All you have to do is call us at 1-855-811-4838 or fill out our online donation form.  You will receive a call within 24 hours to schedule the pickup of you vehicle. Towing is free! So all you have to do is sit back, relax, and know your vehicle is helping a veteran in need today!