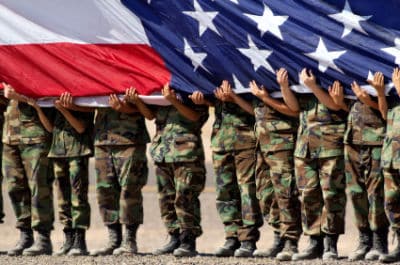 What You Should Know About National Code Talker Day

In World War II, the military used cipher machines. These machines created coded messages that the military could send to different locations when they were in battle. These machines made it easy for the military to talk in between locations without giving up their plans. The cipher machines did not work well in the jungles of the Pacific Islands. The U.S. military still wanted to speak in secret, so American Indians who spoke the Navajo language were able to help with this problem. The American Indians would speak in Navajo, so that the Japanese military wouldn’t understand what they were saying. The American Indians would then translate the Navajo langue into English revealing the message from the other base.

Navajo Code talkers were not allowed to tell anyone about what they did for the military. They were in some of the most dangerous battles and no one knew about it. Then after World War II ended President Ronald Reagan wanted to set aside a special day to honor Navajo code talkers. In 1982 he declared Aug. 14 to be National Navajo Code Talker Day.

Important Lessons From The Code Talkers

Did this information inspire you give back to our veterans? If you have a vehicle that you no longer need and don’t want to go through the hassle of selling it, you can donate it to Vehicles For Veterans. We are a car donation program that benefits veteran’s programs. We will pick up your vehicle from any location if it runs or not. We make the donation process easy -- you can donate online or by calling 1-855-811-4838. Help those who kept us safe during war times. Donate today!