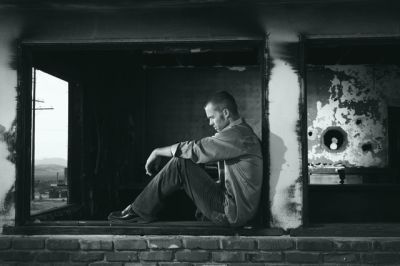 The symptoms of post-traumatic stress disorder (PTSD) affect many veterans on a daily basis, but not all veterans with the symptoms are officially diagnosed with PTSD. It is possible to have many of the symptoms, but fall just short of the threshold that defines PTSD. Many veterans fall into this category. Despite having many of the same experiences as those with PTSD, they may not receive the same treatment as those with a PTSD diagnosis.

More Attention Given To Subclinical Diagnoses

Thanks to promising results from a 2016 study, veterans who fall into this category may finally start receiving the attention they need from the medical community. The study, published in the Journal of Anxiety Disorders, emphasizes the need to treat veterans and other people who fall just short of a PTSD diagnosis. People in this category suffer from a condition known as subclinical PTSD.

People with subclinical PTSD experience nightmares, flashbacks, hyperarousal, social withdrawal and avoidance just like people with full PTSD. However, the subclinical diagnosis is given to people who don't experience these symptoms all the time or have some of these symptoms and not others. Because of this, people with subclinical PTSD are rarely included in clinical studies about PTSD because they don't fit into the control group of healthy people or the test group of those with full PTSD. This has led to the group being overlooked in the past.

In the study, researchers decided to try treating people with subclinical diagnoses with the full regiment of treatment and therapy given to people with full PTSD. This approach usually hasn't been taken in the past. However, according to the study, those living with subclinical PTSD may actually respond better and see more results from treatments than those who have a more severe form of PTSD.

Give Back To Veterans In Your Own Way

Whether veterans return home with visible wounds or inviable psychological scars, they can benefit from the help provided by their community. A great way you can make a difference for veterans across the country is to donate your car to Vehicles For Veterans.

Vehicles For Veterans is a 501(c)(3) nonprofit organization that helps support veterans programs with the proceeds from car donations. An old car, boat, RV or motorcycle taking up space in your garage might not seem like it's worth much to you. However, when you donate it, you can turn it into so much more! The proceeds from its sale help further the work of veterans' nonprofits that are making a difference for our nation's heroes.