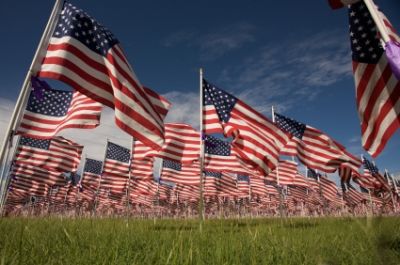 Though women have played a role in wars throughout history, it is only recently that women in the military were granted the same rights as men. Whether it meant serving as a nurse, helping away from the battlefield, taking up men's jobs during war time or even, in some cases, disguising themselves as men to fight in wars, women worked for a long time to have their war efforts recognized and validated.

Equal Rights And Pay For Nurses

Florence Blanchfield was born in 1884. She joined the Army as a nurse in 1917 and became the supervisor of the Army Nurse Corps in 1943. Under her administration during WWII, the number of Army Nurses grew from 1,000 to 60,000. Given that nurses weren't allowed to get married during their service, it was challenging to recruit this number of women.

Nurses carried out their service alongside the men who were fighting, and like the men, suffered casualties, were taken as prisoners of war, and could be decorated for their military service. However, women still did not receive the same benefits and privileges that men automatically received when they served.

Blanchfield worked hard to change this. As a result, she was the first nurse to receive a regular Army commission. Her efforts also led to female nurses receiving full military rank on a permanent basis, which allowed them to receive the benefits they had earned. After her death, Blanchfield was buried in the Arlington National Cemetery with full military honors.

First And Only Female Medal Of Honor Recipient

Mary Walker, born in 1832, is best known as the only woman to receive the Medal of Honor. Throughout her life, Walker refused to be held back by her gender and obtained a Doctor of Medicine degree in what was almost exclusively a male field at the time. She joined the Union army during the Civil War and became an assistant surgeon.

During her service, Walker was captured and held as a prisoner of war by the Confederate army in 1864. In 1865, she as awarded the Medal of Honor in recognition of her courage and accomplishments during the war.

Unfortunately, the government changed its criteria for Medal of Honor recipients in 1917, which led to her medal being withdrawn at the time. However, Walker continued to wear her medal until her death two years later. It wasn't until 1977, nearly 60 years later, that her Medal of Honor was posthumously reinstated by President Jimmy Carter.

Prior to WWII, the military showed little interest in using airlifts to evacuate soldiers wounded on the front lines or in rural areas of battle. Wounded and ill soldiers were primarily treated on-site, which was dangerous and hard to manage.

In 1942, successful airlifts from Alaska, Burma and New Guinea showed that this method had the potential to save many more lives and the idea eventually revolutionized how injured soldiers received care. On airlifts, the need for nurses became a top priority. These nurses learned crash procedures, survival skills, and were trained in the effects of altitude on injured soldiers.

Two distinguished nurses were 1st Lt. Mary Louise Hawkins and 1st Lt. Aleda Lutz. 1st Lt. Aleda Lutz flew on 196 missions and evacuated more than 3,500 men. She died in 1944 when the plane she was on crash landed near Lyons, Italy, killing everyone on board. 1st Lt. Aleda Lutz's plane crash landed at one time as well, and debris severed one man's trachea. Through an improvised device, she kept him alive until help arrived 19 hours later. Both of these women were awarded the Distinguished Flying Cross, which is the second highest honor one can receive in the military.

The first intercontinental air evacuation took place in 1943, when 2nd Lt. Elsie S. Ott, who had never flown on an airplane or been trained in air evacuation, successfully helped transfer 5 seriously ill and injured patients from India to Washington D.C. A trip that would have taken three months by land and sea was completed in six days, laying the groundwork for international airlifts in future wars. For her actions, 2nd Lt. Elsie S. Ott was the first woman ever awarded the Air Medal.

Give Back To Veterans In A Big Way

In honor of the amazing men and women who have served in our military, consider donating your car to Vehicles For Veterans. Our charity car donation program supports disabled and other veteran programs that make life better for the vets who have served us. Whether you have a car, boat, RV, motorcycle or other vehicle, you can donate it to make a difference. If you have a car to donate, please call 1-855-811-4838 or use our online car donation form.