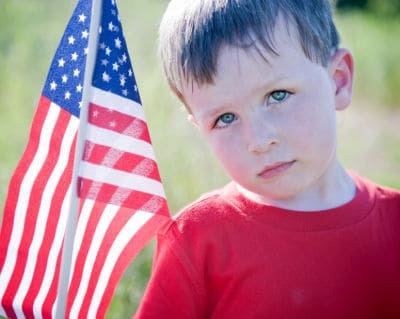 9/11, or Patriot Day, observes Sept. 11, 2001 when four planes were hijacked by men who crashed three of the planes into two prominent buildings on purpose. These buildings were the Pentagon in Washington D.C. and the Twin Towers of the World Trade Center in Manhattan. The other plane, known as Flight 93, crashed into a field in Pennsylvania after flight passengers heroically seized control of the plane, saving several lives with their sacrifice. With nearly 3,000 deaths coming as a result of the attacks, this was the largest act of terrorism ever in the U.S.

Patriot Day observes both the victims of these attacks, and the heroes who responded first. In response to 9/11, military conflict arose in the Middle East, and national security was tightened. Many American families, military members and veterans’ lives have been impacted by Sept. 11, 2001. Here are four ways to observe this day in history:

At 8:46 a.m. Eastern time, it is appropriate to observe the attacks on Sept. 11, 2001 with a moment of silence. Many people across the country observe this time because this is when the first plane flew into the World Trade Center in Manhattan. Participating in this nationwide moment of silence is a respectful way to reflect on this tragic day for the victims and their families.

On Sept. 11, the president proclaims that American flags ought to be lowered to half-staff. This action shows respect to the victims of the attacks on the World Trade Center, the Pentagon and Flight 93. When all the flags across the nation sit at half-mast, it is a symbol of unity, mourning and respect as a country for the victims and their families.

Booking a ground zero tour on 9/11 is close to impossible, but visiting the 9/11 Memorial at ground zero and seeing the new Freedom Tower can be an incredibly moving way to observe Patriot Day. The Freedom Tower is an incredible building in place of the World Trade Center. It’s a powerful symbol of moving forward for the victims of 9/11. Also at the site of the World Trade Center is the 9/11 Memorial which features the names of every victim, two waterfalls and reflection pools. Seeing these names really puts Sept. 11, 2001 into perspective for just how horrific the attacks really were.

The National Day of Service launched in 2002 as a day in which people do at least one good deed in honor of the victims of 9/11. This year, help veterans affected by 9/11 by donating your unwanted vehicle to Vehicles For Veterans.

Vehicles For Veterans is a nonprofit 501(c)(3) car donation organization dedicated to benefiting wounded, homeless, and PTSD-suffering veterans. Your donation can help improve the lives of veterans who were directly affected by 9/11. Donate today by calling 1-855-811-4838 or by filling out an online donation form.