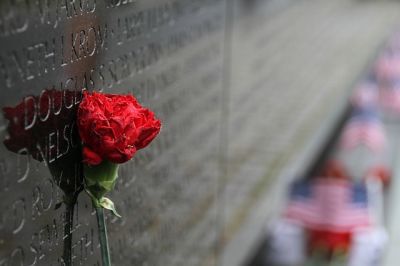 March 29 is Vietnam Veterans Day. This day officially commemorates the same day in 1973 on which the last U.S. troops arrived on American soil.

The Vietnam War was unique and controversial. It was a long and expensive war in which over 58,000 Americans were killed. In the end, the U.S. withdrew its forces, and Vietnam was under communist control just two years later. At home in the U.S., support for the war was unpopular, and that lack of support unfortunately transferred to the veterans returning home, despite the fact they were just following orders.

Vietnam Veterans Day is much more than an observation of the return home—it is a call to action to support both Vietnam veterans and veterans returning home in the future.

Effects Of Vietnam War On The U.S.

The Vietnam War left many scars. Its side effects are countless, but to name a few:

In somber remembrance to the Vietnam War and U.S. veterans, the Vietnam Memorial Wall, was opened in 1982. Here are some facts about the wall:

If a veteran you know is having suicidal thoughts, please call 988 then press 1 or visit the Veterans Crisis Line website.

Vietnam Veterans Day is an opportunity for a lesson to take care of U.S. veterans when they come home. Visiting the local VA, creating care packages for veteran families and making donations are three really easy ways to get started showing your appreciation to veterans.

This Vietnam Veterans Day, start or continue your support of veterans by donating your unwanted car to Vehicles For Veterans. By simply donating any vehicle that is just sitting in your driveway or garage, you will help benefit disabled and other veterans’ charities. It’s an easy way to show your support while also receiving the perks of free towing and a great tax deduction.