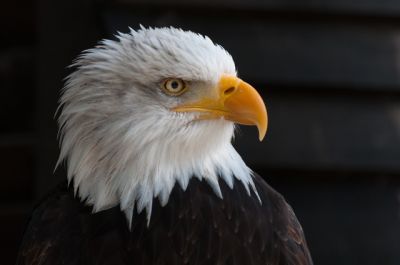 Did you know January 5 is celebrated as National Bird Day in the U.S.? While the day is actually about getting citizens involved in monitoring the health of our nation's wild bird population, it's also a good time to learn more about our famous national bird, the Bald Eagle.

That's not to take away from the real meaning of National Bird Day. Jan. 5 falls at the tail end of the three-week-long Christmas Bird Count, which has been happening annually for almost 10 years. The Christmas Bird Count is the longest-running citizen survey in the world and it's an important tool for knowing which species are doing well and which ones face the danger of extinction.

In fact, our national bird the Bald Eagle was actually on the endangered species list itself from 1976 to 2007. Although the population is now much healthier, they're still protected under the Bald and Golden Eagle Protection Act of 1940, which prevents people from taking eagles, their eggs or their nests.

Given that eagles are a national icon and symbolize our freedom, it makes sense that people would want to protect them from extinction. But not every bird species has that level of popularity. Events like National Bird Day are helpful for inspiring the same level of public interest for birds of all species.

Facts About Our National Bird

To most Americans, Bald Eagles are probably the most-recognizable bird of any species. Expand what you know about our famous national bird with these facts!

Support Those Who Fight For Our Freedom

While Bald Eagles symbolize freedom to many of us, veterans are the ones fighting for it. You can help support disabled and other veteran programs by donating a car to Vehicles For Veterans. Your donation is tax deductible and will give you free towing from anywhere. Just call 1-855-811-4838 or donate online to give back to veterans in your community today.