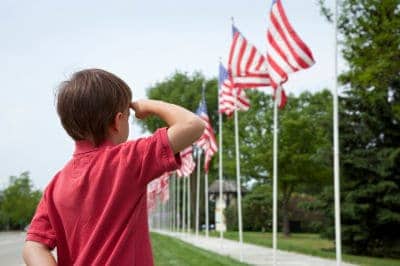 We have had many war heroes throughout history that helped shape the way America is today.  Some heroes we know well and others might have been over looked. All soldiers deserve to have their story told.

He was one of the most decorated American combat soldiers of World War II. Murphy first was denied from all military branches for being under aged and underweight. So he had his sister falsify his birth date and he was accepted by the U.S. Army. He received every combat award of valor available from the U.S. Army and he also received the French and Belgian awards of heroism.

The first Medal of Honor he received at the young age of 19 is he single handedly held off an entire company of German soldiers for an hour. Then once help arrived he led a successful counterattack while wounded and out of ammunition.

At the age of 9 Clem enlisted but was rejected by the 3rd Ohio Infantry and the 22nd Michigan Infantry because of his size and age. He tagged along anyway and the 22nd infantry adopted him as a mascot drummer boy. He was payed a normal soldier's wage, and was allowed to enlist two years later. He had a musket that was trimmed to fit his size so he was able to defend in battle. He served in the U.S. Army until 1916 and was the last veteran of the American Civil War to serve in the Army.

Most of us know him as President Kennedy. Kennedy served in World War II, the boat that he was on was sliced in half by a Japanese destroyer leaving many of his friends and crew members badly hurt. In order to survive as the ship was sinking, he led them on a three mile swim to a nearby island. He received the Navy and Marine Corps Medal for his heroics, and also received the Purple Heart for his own injuries.

In 1945 Kennedy retired from the Navy Reserves on physical disability and was honorably discharged.  He went on to serve in the U.S. House of Representatives 1947 to 1953. After serving in the House of Representatives he served in the U.S. Senate in 1953 to 1960. In January of 1960 he initiated his plan to run for the U.S. President. He won and was sworn in as the 35th president.

You can help a hero today by donating your unused car to Vehicles For Veterans. We are a car donation program that benefits disabled and other veterans programs. All you have to do is call us at 1-855-811-4838 or fill out our online donation form. We will pick up your car from wherever is convenient for you, for free. What are you waiting for? Help a veteran in need today!