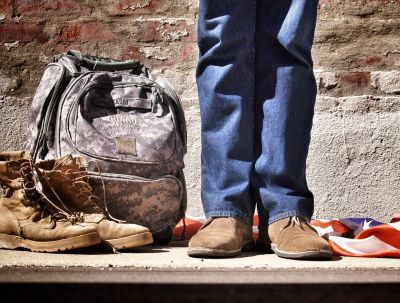 Our nation's heroes walk among us every day

Today is National Medal of Honor Day. The first Medal of Honor action was awarded to assistant surgeon Bernard J.D. Irwin, serving in the first major U.S. Apache conflict. Irwin led a group of 14 men who helped aid 60 men who were surrounded by the Chiricahua Apaches in 1861. The Medal of Honor award was not created till 1862, and it wasn’t until 1894 when Irwin received his medal. Since the first award was given there have been many brave men and women who have also received this honor. Here is what you need to know about the Medal of Honor:

13 Things You Should Know About The Medal Of Honor

After reading all these amazing facts about the Medal of Honor, you may want to give back to our veterans. You can do so by donating an unused vehicle such as an ATV, RV, car or even boat to Vehicles For Veterans. We are a vehicle donation program that benefits veterans and their families. Our vehicle donation service is fast and easy. All you have to do is fill out our online donation form or call us at 1-855-811-4838. Once you have done this you will receive a call from us to schedule your pick up. Once your vehicle is picked up, you will receive a tax deductible receipt in the mail. Give back to those who have given so much to our country.