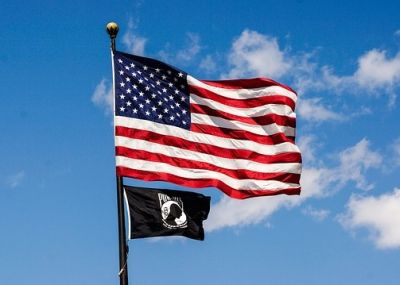 If you're looking for a meaningful way to honor veterans today, you can make a difference in your community by donating a car to Vehicles For Veterans. The proceeds from your donation support programs that make life better for veterans and their families. Your donation is tax deductible and you will receive free towing. All you have to do is call 1-855-811-4838 or fill out our online car donation form.

Observances such as Purple Heart Day, which remind us to think of the veterans who have served our country, are a perfect opportunity to think about giving back. Each donation to Vehicles For Veterans makes a difference for veterans and their families!

History Of The Purple Heart

If you don't know much about the Purple Heart medal, today is also the perfect time to learn more. The Purple Heart was created by George Washington in 1782, making it America's oldest military honor. Washington named the medal the Badge for Military Merit and it was presented to soldiers who carried out "any singularly meritorious" action. It featured a heart-shaped piece of purple silk with "Merit" stitched in silver across the front.

Although it's been around since the Revolutionary War, the medal was only awarded to three known soldiers at the time and the record book of recipients was lost. The medal was almost completely forgotten until 1927, when the Army Chief of Staff General Charles P. Summerall began drafting bills to Congress to revive the medal.

Finally in 1931, when General Douglas MacArthur continued the efforts, the U.S. War Department reinstated the Badge for Military Merit under its new name, the Order of the Purple Heart. The Purple Heart medal was officially reinstated on Washington's 200th birthday, Feb. 22, 1932. Echoing the original design, the current medal shows a bust of George Washington on a metal heart strung from a purple and silver ribbon.

Recipients Of The Purple Heart

The Purple Heart is awarded to members of the armed forces who are killed or wounded in combat against a foreign enemy, or those who are injured or wounded while being held as prisoners of war. Injuries that can't necessarily be seen, such as a traumatic brain injury, can make a soldier eligible to receive the medal as well. However, the medal does not extend to those suffering from PTSD or other psychological trauma.

In most cases, soldiers who die as a result of direct combat with an enemy are posthumously awarded the medal. To date, there are more than 1.8 million Purple Heart recipients; however, unlike Medal of Honor recipients, there is no officially-kept list of those who have received the Purple Heart.

Remember, you can support veterans all throughout the U.S. when you donate your car on Purple Heart Day! Get in touch with Vehicles For Veterans to make a huge difference for veterans today.