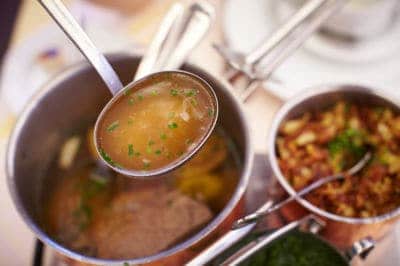 How To Help Homeless Veterans This Winter

Back in November, a double-amputee Marine began living on the streets of Uniontown, Pa., to raise awareness about the number of homeless veterans living in America. Marine Cpl. Brandon Runbaugh voluntarily lived outside for a month to gain attention for how veterans often live when they return from active duty.

Many Homeless People Are Veterans

During his time on the streets, Runbaugh held a sign that read, “20% of all homeless are veterans!! HOW???” Carrying only a few supplies, a change of clothes, and some blankets, Runbaugh battled the breezy winter temperatures for 29 days before packing up his things and returning home on Nov. 29, the anniversary of his second deployment when he lost both of his legs in an IED blast in Afghanistan. Read the full story and watch a video clip here.

According to the National Alliance to End Homelessness, 54 percent of homeless veterans have a mental and/or physical disability, and 39 percent are black. Only 11 percent of the total veteran population is black, so the number of homeless black veterans is quite large.

How To Help A Homeless Veteran

Spread The Word On Social Media

Give Back With Car Donation

Car donation is another great way to help homeless veterans in your community. When you donate a vehicle to Vehicles For Veterans, your donation will benefit disabled veterans throughout the United States.

At Vehicles For Veterans, donated cars, trucks, boats, motorcycles, or other types of vehicles are either recycled or auctioned off to new owners, and the earned proceeds are used to support programs and services offered to veterans in need. Take action to help veterans in need of assistance by calling 1-855-811-4838 or filling out our online car donation form.