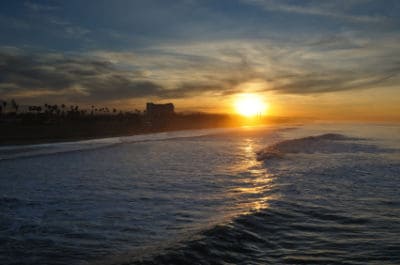 It Was The Sand In Our Oyster

Today is the 76th Anniversary of the attack on Pearl Harbor. The attack started at 7:53 a.m. and was over by 1 p.m. Many of us have seen the devastating photos of the attack that crippled our Pacific Fleet and probably have learned the history of the attack. However, did you know that there were also women who were based in Hawaii at this time?

With sirens sounding and Japanese planes flying overhead, the brave men and women took action. However, most don’t know the impact made by the military women during the attack. The attack only lasted one day but killed more the 2,000 soldiers and sailors and wounded over 1,000. Most women had never been in a combat scenario because at this time, there was a major controversy over what roles women should have in the military.

Most the women who were serving at Pearl Harbor looked at it as an extended vacation in paradise. They would go dancing and to restaurants on the weekends, staying out late with their friends. They never thought that they would ever be in this extreme circumstance.  So when they awoke to see smoke coming from Pearl Harbor their worst nightmare had come true.

Many military nurses based in Pearl Harbor had never been in a situation that was so horrific and hectic. They did amazing work under this high-pressure situation. They saw devastating injuries, and some could only be treated by heavy doses of morphine to numb the pain.  The women who were able to concentrate and work in these circumstances showed that women were capable of serving in the military in tough situations. During the attack, there were about 1,000 nurses enlisted in the military. Six months after the attack there were about 12,000 women in uniform.

Days after the attack the nurses were put in more extreme conditions. Weeks after the attack the United States declared war against Germany and Japan. The hospital staff were frightened by another attack, so at night they would put black curtains over all the windows and kept the lights low so you couldn’t tell what it was. They thought the light would make them a prime target for enemies. Sometimes they would even put blue paper on the lights to dim them even more. This made conditions very hard to work in, but they managed to get through it. These women paved the way for women to be in the military, showing they could handle high-stress situations with ease and concentration.

When sand gets in an oyster it makes a beautiful pearl. Help show our veterans that they are loved and cherished in the way that pearls are. You can do this by donating your unused vehicle to Vehicles For Veterans. We are a car donation program benefiting veterans and their families. We make the donation process fast and easy. All you need to do is fill out our online donation form or call us at 1-855-811-4838.  Once you do that, you will hear from us within 24 hours to schedule the best time to pick up your vehicle. So sit back, relax and get rid of that vehicle taking up needed space and know you are helping a veteran in your state.