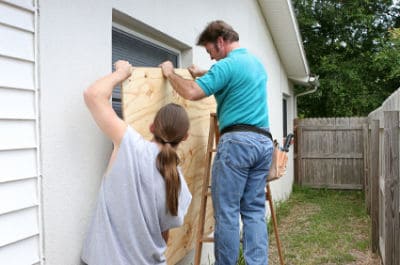 When a natural disaster is in the news such as the tsunamis in Japan and Indonesia, the devastating earthquake in Haiti or the Hurricanes that have hit the U.S. coast, the military’s humanitarian assistance has relief there to help either within a few hours or in days of the disaster. They come by ship, plane or helicopter. They arrive ready to help, whether it is to help prepare for storms, clean up the aftermath, bring supplies to remote areas, or assist the sick and injured. They come prepared for any situation.

Justifying The U.S. Military Presence In Disaster Relief Around The World

The military has a special operation that helps with disaster relief. It is known as Military Humanitarian Assistance and Disaster Relief (HADR). As the military has a presence in these countries lending a helping hand, it shows a softer side of the U.S. military that many countries have rarely seen before. They have found when helping in these different disasters it gives them a chance for training exercises that may arise when they are out in the field.

Disaster relief can help with the negative consequences that major disasters have on countries. They give relief and supplies to the countries, which helps stop the massive refugee overflows that might happen. In helping stop the refugee overflow, it stops the spread of infectious diseases to other countries that could have major consequences.

The U.S. military’s presence in countries helping with disaster relief shows countries that might be skeptical of allowing the U.S. to help in other situations that they can be trusted. In countries where the U.S. has bad relationships, this allows them to make amends and show they can be there, in their times of need.

The Navy has two hospital ships called Mercy and Comfort. They help deployed troops and countries who have been through a natural disaster. These ships are massive; they’re as tall as a 10 story building and are as long as three football fields. Their primary purpose is to serve as floating hospitals; however, they have spent most of their services helping humanitarian and disaster relief missions.

The ship Mercy operates in the Pacific and Indian Oceans. This ship is the older of the two, its first mission being a humanitarian mission in 1987 to the Philippines and South Pacific. The first disaster relief that it participated in was the 2004 tsunami. Then in 2006, Mercy became part of a larger ongoing mission: the Pacific Partnership. Every two years since the partnership, Mercy heads out to areas in the Pacific where medical care is not available. Since 2006 Mercy has treated more than 400,000 patients.

The second ship, Comfort, handles primarily the Caribbean and Latin American region. Her first mission was a combat one: taking care of coalition troops off the coast of Kuwait during Operation Desert Storm. Her most famous mission was Noble Eagle. On this mission, she was sent to Manhattan to provide medical and mental health services to those affected by 9/11. She also helps with the partnership for the Americas that started in 2007 and visits up to 12 nations with Caribbean Ocean coastlines.

As you learn about the amazing support the military gives during natural disasters, there is a way you can help those who have spent time helping others. If you have an unused vehicle such as an ATV, truck, RV, car, motorcycle, or boat that you no longer need you can give it to Vehicles For Veterans. We are a 501(c)(3) car donation program which means your donation is fully tax deductible. This process is fast and easy: you can fill out our online donation form or call us at 1-855-811-4838. Don’t let that vehicle take up space any longer, donate today!