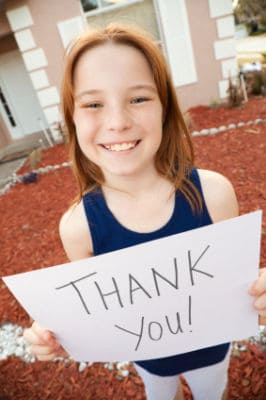 Bastille Day, or La fête nationale, is the French national day which celebrates the day they stormed the Bastille on July 14, 1789 as a part of their revolution. During the American Revolutionary War in 1778, France became the first ally to the United States, remaining allies to this day. Since France is America’s oldest ally, Americans ought to celebrate France’s Bastille Day similarly to how they celebrate American Independence Day. With that said, here are the top three places to support this alliance and celebrate Bastille Day in the United States:

For a celebration that borders on ridiculous, go to the Eastern State Penitentiary in Philadelphia on July 16, 2016. If you want to commemorate Bastille Day with a flavor of satire, Bastille Day in Philadelphia is the place for you. A costumed musical reenactment of the Storming of the Bastille is concluded when Marie Antoinette cries, “Let them eat Tastykakes,” as 2,000 Tasteykakes rain down from the towers. French cuisine and entertainment will be featured throughout the night, and maybe you’ll learn a thing or two from the absurd reenactment.

In Milwaukee, Bastille Day becomes Bastille Days. From July 14 to July 17, this French festival takes over downtown Milwaukee in Cathedral Square Park where the town erects a 43-foot Eiffel Tower. When the sun goes down, Milwaukee turns into a miniature Paris with beautiful decorations and a famously lit Eiffel Tower. Enjoy French and Cajon cuisine, wine tastings and roaming entertainment for this fun filled four day celebration.

What better place to celebrate this French holiday than the home of the French Quarter, New Orleans? On July 14-15, 2016 New Orleans will feature its famously supreme local musicians, museum tours, cooking demonstrations, kids' activities and festivities and costumes all around. New Orleans itself is a fantastic example of the French influence on America’s culture, foods and art. Take in the sights, the influence and the festivities all around in this two-day event.

Another Way To Celebrate Bastille Day

Past all of the fun and activities, Bastille Day is also a somber reminder of the cost of freedom. Many lost their lives in the pursuit of Independence in France during their revolution—likewise in America. Many of America’s Veterans have sacrificed so much to maintain that independence. Bastille Day is a great day to give back, and donating your car is the easiest way to do so.

Just by donating your unwanted vehicle to Vehicles For Veterans, you will help vastly improve the lives of veterans. To make it even easier, Vehicles For Veterans comes to you with free towing, and because it is a nonprofit 501(c)(3) organization, your donation is fully tax deductible. Donate now by calling 1-855-811-4838 or by simply filling out an online donation form. Celebrate Bastille Day by honoring the veterans who fight for freedom!