7 Vehicle Maintenance Myths That Will Have You Baffled

A lot of mechanics will have you making unnecessary repairs and have you over-maintaining your vehicle. This causes you to spend hundreds of dollars on unneeded maintenance. So here are seven ways you can start saving money on your car. 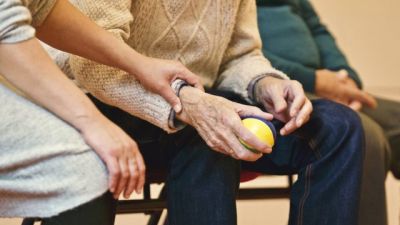 April is Counseling Awareness Month. While other months focus on bringing understanding and awareness to mental health issues, April focuses on recognizing mental health professionals. The American Counseling Association brings attention to the important work that counselors do every day in schools, hospitals, addiction recovery facilities and even career counseling centers.

7 Fun Activities To Show Support To Our Military Children

In 1986, Casper Weinberger designated April to be Month of the Military Child. He wanted there to be a month that recognized and thanked military children. The purple up campaign is designed to honor Military Children by having many different activities during the month of April, to help acknowledge and support military kids.

March 29 is Vietnam Veterans Day. This day officially commemorates the same day in 1973 on which the last U.S. troops arrived on American soil.

Heroes Walk Among Us

Today is National Medal of Honor Day. The first Medal of Honor action was awarded to assistant surgeon Bernard J.D. Irwin, serving in the first major U.S. Apache conflict. Irwin led a group of 14 men who helped aid 60 men who were surrounded by the Chiricahua Apaches in 1861. The Medal of Honor award was not created till 1862, and it wasn’t until 1894 when Irwin received his medal. Since the first award was given there have been many brave men and women who have also received this honor. Here is what you need to know about the Medal of Honor:

Many people want to support charity but face obstacles that make it difficult to do so. Whether it’s a constraint on one’s time or budget, it sometimes seems impossible to give as much as you wish you could. Here are a few simple ways to make a difference in the lives of veterans without spending a lot of money.

Is Car Donation Right For You?

Veterans With A Loud Bark

Today is K-9 Veterans Day and as a way to celebrate these heroes here are some of the most famous war dogs in history.

Memorials To Women In The Military