March 5, 2017 marks the 75th birthday of the Seabees. The Seabees have a simple motto: “We build, we fight.” To put it plainly, the Seabees are the construction workers of the U.S. Military. Ever since their first action on March 5, 1942, the Navy’s Seabees have been an elite force of construction battalions in every American conflict and humanitarian efforts.

Every year across the world on March 17 you see a lot of green and shamrocks. St. Patrick’s Day, once a religious feast day for the patron saint of Ireland, has turned into international festivals of celebrating Irish culture with traditional foods, parades, and dancing. Support our troops and participate in St. Patrick’s Day activities on military bases.

Have you ever been walking through a mall or outside and notice someone who looks like they are having a bad day? Bring a little sunshine to their life with a random act of kindness. It might make you step out of your comfort zone, but it will make this experience all the more thrilling. If you are having a hard time coming up with ideas or want to do something that isn’t ordinary here is a list to help bring joy to others.

Originally celebrated in 1885 in honor of George Washington’s Birthday on Feb. 22, Presidents’ Day is now celebrated the third Monday in February. Presidents’ Day will be celebrated on Feb. 20 this year and it is a great time to reflect on all of the hard and important work presidents have done throughout our nation’s history.

7 Reasons To Donate Your Car To Charity

When you have an unwanted vehicle, there are plenty of ways you can get rid of it. You can attempt to sell it online, place a newspaper ad, trade it in to a car dealer, or put it into long-term storage in case you ever need it again. However, those options can be time consuming, expensive and disappointing.

The symptoms of post-traumatic stress disorder (PTSD) affect many veterans on a daily basis, but not all veterans with the symptoms are officially diagnosed with PTSD. It is possible to have many of the symptoms, but fall just short of the threshold that defines PTSD. Many veterans fall into this category. Despite having many of the same experiences as those with PTSD, they may not receive the same treatment as those with a PTSD diagnosis.

To many people, Feb. 14 is recognized as Valentine’s Day. Yet, to many others Feb. 14 is the day to celebrate the National Salute To Veteran Patients. This special day is a time to express utmost appreciation to veterans. At the same time, it helps increase the awareness of the community to how important the VA medical center can be. Finally, this impactful day will hopefully give the local community the inspiration they need to become more involved as volunteers.

Military Women Who Made A Difference

It wasn’t that long ago that women were not allowed to serve in the military. Some of their first duties serving were as nurses or helping with clerical duties. Here are three women that had many astonishing accomplishments and helped pave the way for women in the military.

It’s Time To Get Brainy 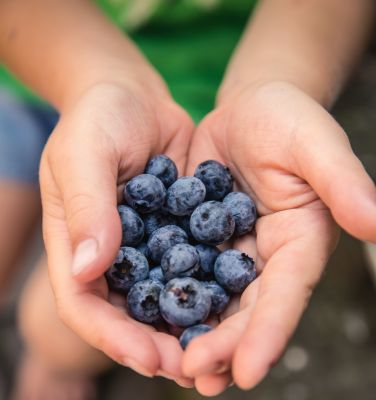 I’m sure there has been a time when you were at work or doing a project around the house and you couldn’t focus. To fix the problem, maybe you drank some coffee or did a different task. However, did you know that what you eat can affect your memory and focus? Here are seven brain foods that can help:

On Feb. 3, 1943, the U.S.A.T Dorchester, an Army transport ship, was carrying 902 people from Newfoundland to Greenland on its way across the Atlantic. Among the passengers were service men, merchant mariners and civilian workers. In the early morning hours, the Dorchester was struck by a torpedo fired by a German U-boat. The strike took out the radio communications, knocked out the power, and caused the ship to quickly take on water.