Posttraumatic Stress Disorder (PTSD) affects a lot of people around the world. PTSD is caused by trauma or a life-threating event. Most people have reactions after the event that can cause them to have memories that upset them, increased jumpiness, and trouble sleeping. When these reactions don’t go away over time or if they get worse, you might have Posttraumatic Stress Disorder

5 Ideas To Show Dad How Much You Care

It’s that time of year again when it’s all about dad. Some like to spend the day on the boat and others would rather be out on the open road. If you’re looking to upgrade Dad’s ride or all chip in to help him get something new, here are five great ideas.

On June 14, 2017, America’s oldest national institution, the U.S. Army, celebrates its 242nd birthday. Many people forget that the Army was created even before the Declaration of Independence was signed to officially make the U.S. an independent nation. If you are in the Army, are a former Army soldier, or simply want to help the Army celebrate its birthday, there are plenty of ways to do so this year.

It’s that time of year when you start to get everything out of storage. 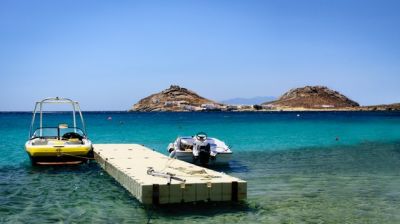 If you don’t have a boat or personal watercraft (PWC) but this is the year you are going to get one, make sure you are aware of all the rules and regulations for driving on water. Here is a quick guide of the basic water safety tips:

5 Ways To Mark The Anniversary of D-Day

2017 marks the 73rd anniversary of D-Day. There aren’t as many traditions in the U.S. for observing the anniversary as there are for other military observances. Some people go so far as to travel to the beaches of Normandy in June to see the invasion site firsthand. However, you can also do several things closer to home to mark the day, especially if you live near one of the many WWII memorials in the U.S. Here are several activities you can do here at home to mark the 73rd anniversary of D-Day.

Why You Should Donate Your Scrap Or Junk Car

When you’ve got an unwanted vehicle on your property, getting rid of it can be a challenge. Most methods of scrap car removal leave you paying for the removal and not getting any benefits in return. This makes it easy to just leave your vehicle there and deal with the eyesore.

How You Can Make Your Driving Experience 10 Times Better

Did you know that you will spend about 7 percent of your life driving? That is roughly about 5 ½ years of your life spent on the road. When you are spending this much time in your car you want to be comfortable and organized. Here are some products you can buy that will make your driving experience a lot better:

Checklist For Your Memorial Day Weekend

Learn More About Mental Health This May

Armed Forces Day is celebrated each year on the third Saturday of May. With many other patriotic holidays throughout the year, you may be wondering what Armed Forces Day is and how to celebrate. This day has its roots back in 1949 around the time that the separate branches of the armed forces were unified under the Department of Defense.